A while back, I attended a seminar and walked by one of the many booths promoting their services. Setting up a booth exhibit is not a cheap endeavor. First, you have to rent the exhibit space. A sign is provided along with a curtain and table, but something has to be done to attract possible customers. Therefore, a display investment is made between $1,500 (low-budget) to many thousands for something awesome and expensive. Often, companies will purchase something handsome for repeated use  Nevertheless, a substantial initial investment is required. 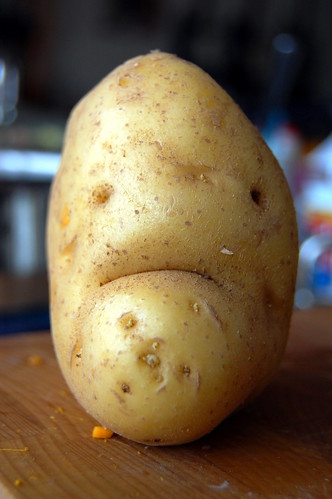 Then there is the swag (promotional items, stuff we all get). No one wants to be sold, so the vendor area may be considered Leprosy City. No one wants to get too close for fear of contamination. So they put big bowls of candy, cookies, or cupcakes to bring people in.  Tables are stocked with goodies such as logo covered water bottles, plastic pens, pads of paper, hand creams, flashlights, umbrellas, tee shirts, and the list goes on and on. Many folks roam around from one table to the next, collecting cheap little treasures in the absence of the rep; fear of leprosy, I presume. As a result of this problem, many companies spend more money on drawings (free iPad), forcing people to approach the rep who will then sign a card showing they appeared at the booth.

As I walked through the Leprosy City gauntlet, I came across a small business owner who obviously devoted thousands of dollars to promote his company. This guy went all out! In addition to the previously mentioned items, he had cups with his logo, and every size tee shirt also. The slogan covering the front of all his swag stated, “Who’s your daddy?”  Most of us understand that “who’s your daddy” conveys the message I’m number one, I’m the go-to man for these services.

He wanted to also reach out to Spanish-language businesses so on the back of all his promotional material the slogan was translated into Spanish. My guess is that he used Google translate or had a bilingual buddy do it.  The problems?  Firstly, “Who’s your daddy?” or “¿quién es su papá?” is not an expression used in Spanish; it means nothing. You might as well ask who’s your brother or cousin.  Secondly, an accent mark was missing, turning the word daddy into potato.  So now the slogan is just ridiculous, “Who’s your potato?”

What a waste of thousands of dollars! In a huge effort to attract Spanish-language customers, he actually manages to confuse them with a bad translation of one simple expression.

After all the expense, skimping on a professional translator was devastatingly costly for this small business. Who wants a few hundred useless promotional items?  The outlay for a quality message is vital to any business.  The next time you think about translating even simple promotional material, ask yourself the question, “Who’s your potato?”