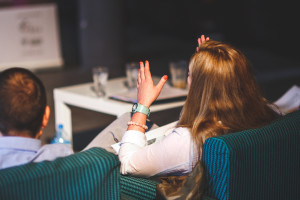 I have observed this scene countless times on social media and association conferences. A newbie colleague poses the question, “I don’t want to do our industry a disservice and charge too little. I was wondering, how much do you charge?” The response, “Oh no, no, we should not talk about prices!”

Judging the excited, panicked response, the perplexed newbie wonders why this is such a taboo topic but fears to ask any more questions. In fact, many experienced folks have expressed the same query because in the association and country from which they come, it is common for members to discuss how much they charge.

Last century, ATA ran into some legal trouble over this issue and received a stiff fine. ( Ted Wozniak informed me below in the comment section that this statement is an error. ATA was never fined in connection with the FTC investigation. It did incur somewhere in the neighborhood of $50,000 in legal fees in connection with responding to the allegations and settling the issue by signing a voluntary consent decree.) For this reason, it is very careful not to be anywhere near the subject, although each person is free to have that discussion in private. Discussing how much one charges (at least in U.S. associations) can be considered price fixing which is illegal in the United States courtesy of the Sherman Act.

However, this question from someone new to the profession or expanding into a new service is a fair one. It can be frustrating for those who have this simple question. Most professions do have an entry-level salary that is ascertainable.

I wrote about this in a previous blog, but recently a debate broke out on social media about fees. Some felt that our South Carolina rate is way too high. Others felt it was quite reasonable. Others felt it was somewhat low. What is wrong with this scenario? Feelings. Talking about fees should be objective, not subjective.

Increasingly, we interact on a national and global community in social media while, at the same time, working in our own individual micro community. There are many factors which determine price. What is the market fee in your specific area? What is the cost of living? The law of supply and demand also effects pricing. Also, only you can determine what your experience, knowledge, skills, ability, and training are worth to you. Competition tends to drive down prices while need increases demand and price. GPS systems used to cost over $500. Now it is cheaper to purchase a new system rather than pay for the map update.

After seeing a passionate debate over what price is reasonable, I realized that what can be considered standard in California may be deemed exorbitant in New York. Every state, even every community within each state, might have a different dynamic. Therefore, I doubt that social media is the best place for the discussion and its resolution.

Personally, the hair salon method of governing price is one of my favorites. A person typically starts out at a somewhat lower price. When the person realizes her clientele is too big, her rates increase a little. Some clients will leave, but the loss isn’t so noticeable because of the increased rates. The extra time is now used to find new customers. This process continues until a stylist seems to reach a balance of work at the highest fee possible. Since every place is unique, the answer will be diverse for each person. The results will also reflect skill, reputation, and the market.

Now let us return to what is so bad about discussing fees. If you belong to an association or group that has a policy not to talk fees, I respect that. However, if anyone were to ask me personally, I have nothing to hide and will typically send my fee schedule upon request. That might change later if I am elected as a board member of ATA. ( Another correction by Ted- Note that the restriction applies to ATA as an organization and the ATA policy applies to its members ONLY in ATA forums. ATA members can discuss specific rates all they want, as long as it is not on an ATA forum. (And becoming a board member does not impose any additional restrictions on you in that regard,)

In this modern technical age, it is increasingly easier to locate prices on the internet. I would still be wary because as discussed earlier, every community can be different. Regretfully, I believe that in the beginning you must determine how much you need to at least survive and take your best guess. If you are attending the ATA conference this fall in Miami, Jonathan Hine will be presenting an ATA session that can assist you.

9 thoughts on “What Is So Bad about Discussing Fees?”