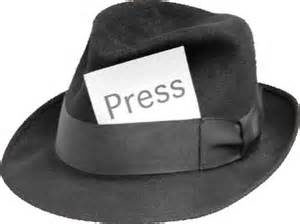 For several years, I have been following a very vibrant discussion about ATA’s need for Public Relations. In fact, during the opening statement of the 2014 conference in Chicago, President Caitlin Walsh announced, “We are listening to our members and have now hired a professional PR person!” This grand proclamation delighted everyone and set a very positive tone for an enjoyable conference. It was obvious that public relations was a big issue; it was addressed by almost every candidate running for the board.

According to the Public Relations Society of America, “Public relations is a strategic communication process that builds mutually beneficial relationships between organizations and their publics.” However, in 2015, I realized that my vision of PR isn’t necessarily shared by others. Each person has a different viewpoint as to what should take shape. Some people believe school outreach or a speakers’ bureau is enough. Others feel that it is adequate that a professional public relations consultant train key ATA members on media relations and public speaking. Yet others imagine a great organization like the American Translators Association wielding international influence with a professional ATA spokesperson proactively participating in media communications, contributing and responding to articles instead of using trained, well-meaning volunteers. Personally, I would love to see all of the above ideas all rolled up into one comprehensive package. Accomplishing this is obviously expensive and unfortunately beyond the present PR budget.

This April, I attended the entire board meeting spanning two days. Since I was a member of the ATA Chronicle Taskforce, I knew our recommendations would reflect a substantial cost savings! Aware that perhaps over $220,000 would be freed up from the Chronicle budget, my hope was that at least $100,000 would be allocated toward having a comprehensive PR program. I imagined the rest of the money going to savings or investments, in order to restore ATA’s emergency fund.

While at the meeting, I observed widely differing views on how to proceed and what PR should look like. Some board members felt that we should begin with a much smaller budget and consider growing it cautiously. Others, felt that we should take advantage of the freed up money and take off running with a full, comprehensive program. Others’ opinions landed somewhere in the middle. I was surprised that the highest of the three options recommended by the PR committee was in the $50,000 range. It did not factor any option for a professional PR consultant representing ATA in the media forefront. When I had an opportunity to speak to the board at the end of the day, I stated that there should have been an option twice the cost of the highest, or around $100,000, especially since the money would now be available.

I realized that at the last conference, I made a big mistake. I was satisfied to know that the candidates believed that PR was a priority. Nevertheless, I failed to find out what their vision actually is, if any, to see if it lined up with mine. Listening to the board meeting, I know that they are all passionate about this issue, albeit with widely varying opinions.

In fact, some see public relations as a member benefit that brings in no income. It was commented that PR is difficult to quantify because the benefits from media exposure are difficult to measure, but it does factor in over time. Because the benefits of PR is challenging to quantify, some viewed it as a less urgent priority. Be that as it may, the membership has demanded that public relations be a priority.
Personally, I am in business to make a great living! I want my membership in ATA to help me gain business exposure, increase my credibility, and promote our industry. The more our message is presented effectively in the media, the better the chance someone will look up my name and I will make money. It is difficult to measure but look at the big companies. Apple has a massive campaign program. They know that if they were to stop, for a brief while people would still purchase their products, but eventually they would become invisible and obsolete. Several years ago our extensive program ended due to circumstances and at first there was no visible difference. We are now in a dire situation where if we don’t quickly take action, ATA’s relevance will diminish and be taken over by other organizations with a much more active PR program.

My question for you: what do you want to see in ATA’s public relations? The president did not lie when she said that they were listening and hired a PR person. Those that stated that PR is important also truly believe that to be the case. Nevertheless, it isn’t enough for us to simply say we want public relations. That doesn’t send a clear, actionable message to the board. When candidates make statements or announce that PR is important, we need to also ascertain specifically what the candidates mean on implementing public relations. We might be under the wrong impression due to mutual mystification. We also need to specify exactly what we want from a PR program.

3 thoughts on “How do you Envision Public Relations for ATA?”