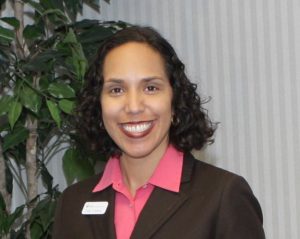 Do you have any idea what the federal court interpreter certification examination is? According to the Administrative Office of United States Courts, “the use of competent federal court interpreters in proceedings involving speakers of languages other than English is critical to ensure that justice is carried out fairly for defendants and other stakeholders.” For that reason, as well as the Court Interpreters Act of 1978, certification is required. Currently, the exam is only administered in Spanish and English. Candidates must first sit for the written exam and score at least 75% in each language section.  Once candidates obtain a passing grade, the following year they must sit and pass the oral examination with a minimum score of 80% in each of the three modes of interpretation.  The national passing rate is between one to four percent (yes, you read that correctly).

For health reasons, my family relocated to the South Carolina Upstate in 2007.  My husband and I incorporated an interpreting business.  This was a career challenge for me, since I had been a legal secretary for 20 years.  Soon thereafter, I heard about the federal court interpreter certification examination.  Four brave souls (including me) formed a study group, purchased training materials, and registered to take the written examination in 2008.  The time allotted to take the 200 multiple-choice exam was 3 hours and 15 minutes.

I had two more passages to read in Spanish with ten final questions.  Just before I began reading, the proctor announced ten minutes remaining.  To my chagrin, I failed the Spanish portion by quite a bit.  I was humiliated, but not defeated.  However, the exam would not be administered again until 2010.  Due to a rather heavy workload of both office and interpreting duties, I missed the cutoff date for registration.  Talk about being a day late and a dollar short!  The wait began for 2012, the next federal sitting.

Alas, the year 2014 arrived.  Another year, another opportunity to sit for the federal court interpreter exam.  I was not about to rest upon my certified laurels.  I signed up for an online test prep course offered by de la Mora Interpreter Training and its fantastic instructor, James Plunkett.  Nevertheless, the third time was not the charm.  Considering the cost of the federal written exam, I declined to take it in 2014.  There were too many obstacles I could not overcome before the exam.

Here comes 2016, eight years since I first took this awful test.  As Elvis sang, it’s now or never, so I registered to be seated at the Asheville, NC testing center.  I dutifully reviewed my notes from the online class and allotted more than sufficient time to complete the Spanish section.  To my surprise, there were only 160 multiple-choice questions.  And to my dismay, I only had 2.5 hours to complete it.  There are two language sections, and each contains the following parts:  reading comprehension, usage, error detection, synonyms, and best translation.  My last Spanish literature class was in 1988.  I’m quite certain that my regular testing days were over in 1989.  My perseverance assisted me in completing the exam in two hours.  The last 30 minutes were spent reviewing my marked answers.  Some changes were made.  I worked until the time expired.

After a brief survey and a brief wait, my test scores were calculated.  Tears welled up in my eyes.  Passing the English section was a cakewalk, but passing the Spanish was truly an accomplishment.  There are no A’s, B’s, C’s, or D’s – just Pass and Fail.  It was great to see Pass all over my score sheet.  I am now qualified to sit for the FCICE Oral Examination in 2017, a performance test that lasts approximately 45 minutes to determine if the candidate seeking certification is minimally competent for immediate work in the federal courts.

The oral examination consists of the following five sections:  (1) Sight translation: English to Spanish; (2) Sight translation: Spanish to English; (3) Simultaneous interpretation into Spanish – monologue speech; (4) Consecutive interpretation: Spanish to English; English to Spanish; and (5) Simultaneous interpretation into Spanish – witness testimony (question and answer). Its purpose is to simulate activities interpreters are required to do in court. The criterion for minimal proficiency determined by the original architects of the test to be accurate at the 80 percent level in a testing environment.  Scoring is categorized into three general units:  grammar and usage, general lexical range, and conservation. Hence, 80% is the passing score candidate must obtain to become a certified federal court interpreter.